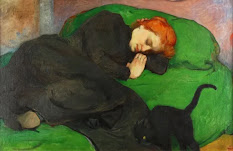 As is my wont, I was poking around Steam last week trying to find a pleasant distraction when I came across a game called “Unpacking” which has a rather absurd premise that I refused to entertain at first. But as I read through the reviews, people really seemed to like it, and I got sucked into its orbit and finally gave in and laid down the fifteen bucks for it. It turned out to be a total delight. The premise is very simple—you move into an apartment, unpack your stuff, and put everything away in a semi-organized manner. I love a good puttering game, so this was right up my alley, but it turns out that as you progress through the game, it tells a very compelling story in a sweet and delightful way, with many little details that depict the story of the antagonist’s life and her growth and development. There are many mysteries to be solved—such as why so many plastic chickens, and what’s up with the walking cane that mysteriously appears halfway through the game—but it mainly tells the story of her life through the progression of her personal belongings. At one point, she moves in with a dude, which I knew immediately wasn’t going to work out, because he made no room for her and everything in his apartment was black and gray, whereas she loves color and ephemera. Over the years, her wardrobe gets more professional, and she develops an interest in Asian cooking, adding new and interesting things to unpack in her many different kitchens. At her low point, she ends up back home in her childhood bedroom before moving into a more adult apartment, where she lives for a very long time and the unpacking involves opening multiple boxes from overseas. Telling a story through the unpacking of personal possessions is very intimate, and it was a wonderful way to follow this person’s life. In the end, she truly does grow up and come into full adulthood, leaving her beloved childhood stuffed animals in the crib for her own children.

I still have not been able to sort out my glasses situation, but the contact lenses are finally good to go. Despite my skepticism, the optometrist managed to convince me to try progressive contact lenses. He said that the technology has greatly improved because contact lens manufacturers realized that people “our age” have increasingly bad eye sight, but are used to contact lenses and don’t wan to give them up. So they want to be sure to maintain their market share and keep us hapless Gen-X-ers purchasing contacts. The progressive lenses definitely took some getting used to and they still feel a bit strange, but I haven’t needed my reading glasses since using them, so I’m happy. Also, I’m making far fewer typos now. The glasses will come through in a few short months, and I can’t wait. As much as it pains me, I will probably go to wearing glasses full time once they are in. I’m trying to convince myself that glasses are hip now and that they don’t mean I’m ugly and defective, which is how I felt most of my childhood wearing them.

I am not generally prone to Seasonal Affective Disorder, but this December has felt especially oppressive, dark, wet and cold. I find myself hiding under the covers when the alarm goes off, in profound disbelief that human beings are expected to be awake and functional at that time of the morning, when it’s literally pitch black outside and freezing rain is aggressively beating on the windows. Apparently, I’m not the only one who feels this way, My trainer says that most of her clients are suffering from really bad winter blahs and are having a hard time getting to the gym. I get it. I awake in darkness and I arrive home in darkness after long days, and getting to my regular gym session requires iron will and a fair bit of nagging and prodding from Mr. Typist. My trainer, who I believe suffers a bit herself from the SAD, has given me cart blanche to bail on my sessions any time I want to in the name of winter blues. I think that’s because she doesn’t want to show up for them either, and I don’t blame her. I believe that there should be a total moratorium on human productivity from mid-November to mid-January. No alarms, no work, nothing. It should be a national time of Lolling Around Watching TV and Huddling Under Blankets. I plan to put a bill before Congress.

Enjoy this trailer for Unpacking. It was pure joy to play!


Posted by Kristen McHenry at 1:02 PM