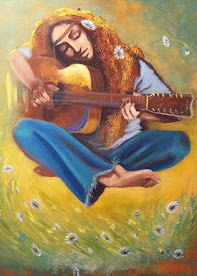 To Mr. Typist’s great bemusement, I went down a John Denver rabbit hole this week thanks to a casual comment on one of my Facebook posts. I hadn’t listened to John Denver’s music or thought about him for many years, but the comment inspired to me go and watch his concert footage from the 70’s, and I was awash with memories. I tried to explain to Mr. Typist that when I lived in Alaska as a young child, during the summers hippies would emerge in the early evenings on porches with guitars and play John Denver songs, and all of us children would gather around and sing along. We had no idea what the lyrics meant, but we knew they felt good to sing. I don’t know why there were hippies on an Air Force base in Alaska, but there were, in greater numbers than you might imagine. And they have an unerring instinct for twilight and children and catchy, emotionally compelling songs about mountains and nature, so there you have it—spontaneous 70’s John Denver porch concerts on an Air Force base in the middle of Alaska.

The stationary bike company Peloton has managed to get itself into hot water again. The first time was over an ad a few years ago that had everyone up in arms because a dude bought his skinny wife the Peloton bike for Christmas. I didn’t understand what all of the fuss was about. It was an annoying ad in my opinion, but I didn’t find anything inherently outrageous about a man buying his wife some exercise equipment. I wouldn’t get mad if Mr. Typist bought me, say, a barbell set. (Ahem, hint, hint.) I just thought the woman was grating and weirdly neurotic. A I recall, they did some damage control with a counter-ad and the hubbub eventually died down, but now they are embroiled in controversy once again due to the Sex and The City reboot, in which Carrie’s husband Mr. Big dies of a heart attack during a Peloton workout in the premiere episode. Apparently, Peloton’s stock took an instant nose-dive and now they are threatening to sue. I’m not privy to the ins outs of whether or not they had a product placement deal with the show or if this was just a creative decision on the part of the producers, but I find it odd that a company’s stock would tank overnight because a mediocre character dies in a reboot of a mediocre show. And I’m annoyed that I’m thinking about it so much. I never loved SITC, but I did watch it more than I care to admit because I’m very interested in women’s friendship dynamics and thought that they did a good job portraying that, and that the writing was for the most part witty and intelligent. But I found all of the characters morally appalling, especially Carrie. It always irked me that she wrote one shallow, intellectually bankrupt column a week and somehow lived like a queen from the proceeds. This is more than I ever wanted to write or consider Peloton or SITC. Grr.

I find myself in a bit of a fitness quandary. I used to have all kinds of problems with my right shoulder, which have for the most part resolved over the years, but this week the shoulder issue came back with a vengeance. For unknown reasons, my right trapezius has completely locked up and is in an endless pain/spasm/pain cycle that no amount of hot water bottles, massage, Epsom salt baths or stretching has been able to stop. The muscle is bunched up in an stiff, angry, crunchy ball and is causing referral pain into my ear, and my neck, and even some numbness in the tips of my fingers. I have some Biofreeze coming today, which is a product I have great faith in, and I’m hoping it helps. But in the meantime, I can’t lift. The most I am going to be able to do is hop on an elliptical or do a Yoga video from home. I’m very much leaning towards the home video option. It’s cold and rainy out and I see no good reason to leave the apartment.

Enjoy this 70’s moment from John Denver. I certainly did!

Posted by Kristen McHenry at 11:51 AM