Choke Me in the Shallow Waters 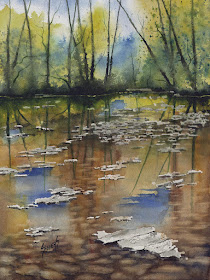 I feel like my blog posts have been especially flimsy of late, which frustrates me, because there is actually a lot going on in my life, but I am not at liberty to discuss most of it. Just know that I am having numerous internal and external meltdowns and yet I am forced to blog about things like tiny popcorn and bad contact lens prescriptions because I can’t tell you what’s really going on. There are days when I just want to move to a sunny Southern state and get a job as a friendly receptionist in a car dealership and live out the rest of my life in relative peace instead of struggling with the relentless and ever-increasing madness of working in an inner-city hospital during a pandemic. In addition, I’ve been experiencing the painful realization that I’m not some big, leader-y career woman. At heart, I’m just a friendly receptionist. I didn’t ask for advancement. I had advancement thrust onto me, and I’m it turns out I’m not a fan. I don’t see what’s wrong with simply being competent at what you do and sticking with it, but apparently no one can leave well enough alone these days.

On Friday night, trying to find a little mental relief, I plopped down in front of our rarely-used TV and started flipping through my options. We canceled our Netflix subscription a while back, so I was stuck with Amazon and other random streaming channels and I couldn’t find anything that captured my attention. I recently started watching “Frank of Ireland”, but I wasn’t in the mood for its overly-broad and crass humor that night, and I was having a hard time finding anything I was interested in. Then Mr. Typist flopped onto the couch chewing on a banana, which triggered my misophonia, and I stalked off in a huff. A few minutes later he called me back and said that he had found the perfect movie for me. In a genius move, he had pulled up “Bridget Jones’s Diary”, which I hadn’t watched in years. I relented and told him I would watch it with him once he finished his banana. It was an absolute delight. I read that book over and over again when it first came out, and devoured the sequel with equal enthusiasm. It’s just funny, shallow, enjoyable escapism with a witty and relatable main character. Even though it didn’t capture all of the subtleties of the book, I think they did a solidly good job with the movie. It provided a few hours of much-needed mental relief and laughter.

After the first two Bridget Jones books, the author, Helen Fielding, went on to write a Serious Book about an investigative journalist, which flopped miserably, then followed it up with a third sequel to Bridget Jones in which her husband Mark Darcy dies. That book was also a total flop and completely lacked the zippy humor and lightheartedness of the first two books. I don’t know why she felt the need to mess with the formula and get all serious and deep when that is not what her audience went to the Bridget Jones books for. There are plenty of deep and serious books in the world. We wanted zingy, shallow, relatable humor about our free-spirited heroine, Bridget Jones, not a didactic tome about death and mourning. But as much as it irks me, I do feel some sympathy for the author. It must be hard to write an iconic book with massively popularity and be stuck with that expectation for rest of your writing life, never to be able to expand or explore your literary range. This whole Bridget Jones foray makes me think about dusting off my latent novel and giving it a complete re-write. But I’m being really stubborn about it, so it will probably sit for another five years until I just delete the damn thing.

So much fun to read!