Terrible Diplomat, Thoughts on Fate, I Finally Get It with the Cooking 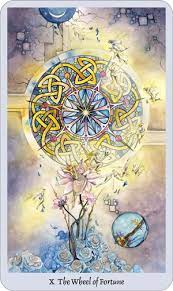 As I’ve been off work for the last two weeks, for entertainment purposes, I downloaded a game from a French studio called Greedfall that I had high hopes for. It turned out to be a very slow, agonizingly talky dud in which you play a diplomat who is tasked with keeping numerous kingdoms from going to war with each other. I always believed that I would be a great diplomat due to my uber-agreeable personality, but it turns out I don’t have the patience for it that I thought I would. I immediately lost numerous diplomacy points in the game because I refused to take any s*** from anyone and insisted on telling the truth to everyone about everything. I told off the bishop, the interrogator, the High King, and all of my slimy, lying diplomat colleagues. I got fed up and out of patience with everyone’s b.s. faster than I could have imagined. It turns out that I am a terrible diplomat and probably caused several wars in the game, but I didn’t stick with it long enough to witness the consequences of my radical truth-telling. Instead I downloaded a forest survival simulator and spent my days hunting small prey and building a log cabin where I can live in peace but for the occasional screaming, rabid mutant.

Sometimes perspective changes happen very quickly, and recently one occurred for me, which led me to reflect on what I have long believed to be a wide-spread misunderstanding of the concept of fate. To say that you believe in fate is to mark yourself as one who believes that you have no control over your own destiny, no power to man your own ship, no sense of your own autonomy, and no regard for personal responsibility and the consequences of choice. I think this is an over-simplistic view of fate. Sometimes you are fated to something exactly because of those traits. I recently came face-to-face with what I believe is a piece of my destiny in life, exactly because I have taken control of the reins and that is where it has inevitably led me. I don’t believe that we always have the level of control over where our choices take us that we like to believe that we do. I believe that we are all sailing a fragile ship on a wild sea, and as much as we want to think that we have full control over which way the wheel is turned, the winds and the tides and the great beating heart of the ocean have different ideas. And sometimes we end up landing on the exact shore we were trying to avoid over and over again. And maybe then we realize that is where we were meant to be, and we will be returned to it again and again until we’ve fulfilled our purpose there. I believe in inevitability and the invisible hand of God. I believe that we all have a larger purpose and that we don’t always get to decide what that purpose is.

On a lighter note, I am very excited to have learned how to make a proper omelet recently. While we were at Ocean Shores, I would take a nice swim in the morning and come back to a delightful little mini-omelet that Mr. Typist made for me. I tend to eat the same breakfast over and over again for months on end until I become suddenly and drastically bored with it and immediately need a change. I loved the little omelettes and when we got home, I asked Mr. Typist to show me how to make them. My eyes have been opened and I feel like a proper chef now. I’ve never understood it when people claim that cooking feels creative. It’s always felt like a rigid, stressful chore to me, something tasky, easy to screw up and rife with timing pitfalls. But now that I have omelets down, I’ve having a great time figuring out new things to saute, new ways to garnish it, what sort of berries to put on the side, and different sorts of cheeses to melt into it. It’s all been very entertaining and yes, creative, as shocking as that it is to me. Of course now that I’m going back to work, omelet-making will have to be a weekend endeavor, but it’s something to look forward to, and who knows what it will lead to. MasterChef, here I come!

I’m certain most of my readers already know how to make something as basic as an omelette, but nonetheless enjoy this sweet little tutorial:

Posted by Kristen McHenry at 11:20 AM

All the sudden I'm in the midst of people talking and thinking about Providence. I'd love it if you could say more about how that works in your life. Do you try to figure out... how to put it... the plot of your life? Or I could picture the opposite: you don't have to figure out the plot if you actually trust in it -- you just play the cards you're dealt as best you can: the plot will take care of itself. (Or maybe both of these are way wide of the mark...)

I 100% trust in providence, but that doesn't mean I stand back passively and do nothing. I don't try to figure anything out anymore. I don't believe in "vision boards" or in trying to chart my own destiny. I think others may have another path in life where they have different lessons they need to learn about control and choice, but for me, I think this time around is about letting go of that and accepting; ceding a certain level of ground about "what I want" vs "what I am being asked to do." Happy to discuss further via e-mail: mchenrykristen@gmail.com.