Map App Stalking, Truth in Poetry, The Blood of My Foes 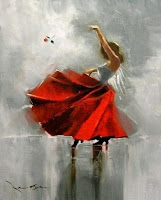 I had a creepy encounter with my phone recently involving a visit to McDonald’s. Yes, I went to McDonald’s. I was running late and I was really, really hungry and I had a work training downtown that afternoon and I wasn’t going to be able to eat until way later that night and I’m literally hungry all of the time now with the weights and I don’t have to explain myself to you. Anyway, I went in and paid a startling amount of cash for a cheese-less burger and a small fries. About twenty minutes later as I was hoofing it up the hill to where the training was, I got a text-y looking message on my phone asking “How was your visit to McDonald’s?” I blinked. At first I thought Mr. Typist was trolling me, but then I remembered I’d paid cash and there was no way he could have tracked my purchase. Then I wondered if someone I knew from work saw me go in there and was just being conversational. Then I worried that maybe I’ve had a stalker all this time and he finally decided to escalate. When I looked at the text more closely, I saw that it was actually some sort of automatic notification from a map app. I briefly considered tooling around with my privacy settings, but then figured that ship had long sailed. However, in answer to the app’s question, my visit to McDonald’s was highly unpleasant. It was dirty and smelly and crowded and way too pricey (since when is a burger and fries over twelve dollars?) Also, the bathroom was dangerously dark and had these weird blue glowing not-lights on the ceiling, and there wasn’t a paper towel to be found. There’s your answer. Now please stop creeping on me, map app.

In more pleasant news, I retooled the poem I mentioned last week that I wasn’t happy with, and I am happier with it now. There’s still more work to do, but it’s getting there. The last few lines are not hitting the exact note I want them to, but maybe the answer will come to me in a dream. It was interesting to discover in the editing process that the problem was simply that I wasn’t telling the full truth in the poem. It showed. Once I got down to what was true, the poem came into focus and had more energy and dynamic force. I also started a new poem along the same theme. I don’t want to be prematurely optimistic, but I think there is a possibility that I have enough material in me for a new chapbook. That makes me excited, because I haven’t had that feeling in a very long time. Poetry is making its way back to me, and this seems to be directly tied in to the strength training. Quite unexpectedly, the grueling but relatively straightforward act of strengthening my body has opened up a whole new avenue of creative thought.

For some reason, the other day Mr. Typist and I got to talking about colors, and he said that violet is the most high-energy color in the spectrum. I found that interesting, because purple is my favorite color. I asked why he supposed that men liked the color red on women so much. I don’t wear red very often, but when I do, I tend to get a lot of compliments from men. “It’s biological,” he explained confidently. “We associate it with the blood of our enemies. When you wear red, it looks like you conquered your enemies in battle because you’re splattered with blood of your foes.” I immediately resolved that the next time a man compliments me on my red skirt I will graciously reply, “Why, thank you. It is drenched in the blood of my foes.” I cannot wait to see his expression.

Enjoy this high-energy ditty about the Battle of Verdun by the peerless Sabaton:

Posted by Kristen McHenry at 2:18 PM

Hey cuz, have you ever thought of gathering, say, your 50 favorite posts and making them a book? A friend wants to know :)
xCarolyn

Thank you, Master Poet! And cuz-o-mine--yes, I have considered that and was recently encouraged to do so, so I am thinking about revisiting the idea. :)

Drenched in the blood of my foes. I love red, and this feels so right-on. It's definitely a woman's color, we bleed! Glad you are getting back to poetry, too.