Vacation All I Ever Wanted, I’m Worried about Katie and Peter 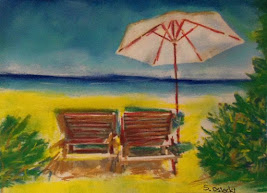 It’s official! I am On Vacation, my chickadees, and not a minute too soon after the hellacious work year I’ve had. Due to my prevaricating, it almost didn’t happen. I had vague plans to “take some time off around Christmas”, but with everything going on and being the sole person overseeing our screening checkpoints, planning for my departure felt completely overwhelming so I kept putting it off. My boss casually said to me last week, “You’re out of here after Friday, right?” to which I responded with a panicked, deer-in-the-headlights stare and stammered that I hadn’t done any planning for taking time away and that I “couldn’t just leave.” She wasn’t having any of my baloney. She found some people to take over the checkpoint duties and I spent the afternoon in a whirlwind of Out of Office messages, door signage, e-mail wrapping-up and preemptive plant-watering. Then I locked my office door and left the building, triumphant and exhausted. I’m not going back until January. It’s been almost two years since I’ve taken any significant time off, and I had no idea how tired I’ve become. I would love to say that I learned and grew from my experiences and blah, blah, blah but I think mostly what I did was just survive and develop a stress-related disorder as a fun bonus. I need this time. I can feel my whole body needing it, not to mention my brain and my soul.

This morning Mr. Typist said to me, “You are booked for a massage in one hour. Get there early.” I actually teared up. I needed that massage too, and I wouldn’t have scheduled it for myself. A tall, tatted-up lady worked my neck and back and hips and feet and I was almost too limp to walk home. I haven’t felt this much space between my neck and my shoulders in years. I can barely type right now. The bottom line is, vacation and massages need to happen in my life with far more frequency.

After eleven years, I finally upgraded to a new Kindle tablet, and I’ve been using it properly to continue making my way through The Fountainhead. Right now, I’m worried about Katie and Peter. They love each other and want to get married, but Peter’s mother is interfering in the most insidious way possible, telling Peter that Katie is not good enough for him and that she won’t impress the other architects and she will be bad for his career. I do not like Peter’s mother. She is overly-invested in her son and has an exaggerated sense of his talent. Peter is nothing special; he’s just a follower with a good education and some moderate skill. She should leave him alone and let him marry Katie and be happy, but she insists on meddling. I do not like meddlers. In the meantime, Roarke keeps turning architecture projects down. At this rate, he’s going to end up homeless. I’ll keep you posted.

It’s a little on the nose, but enjoy this 80’s flashback with Belinda Carlyle. I need to go take a post-massage nap.

Posted by Kristen McHenry at 3:16 PM

Awesome post, Kristen. And I haven't heard the Go-Gos in a long time!