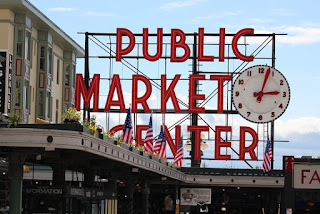 After only a few days of vacation, I collapsed into a helpless heap of myalgiac pain and exhaustion and was functionally unable to move from the couch for two days straight. I e-mailed my trainer with a TMI list of my symptoms and told her that I had to put off any further online workouts for a while. She e-mailed me back, musing that perhaps I was “detoxing” from stress. I think she is right. There was no discernible illness going on, just extreme exhaustion, muscle pain, and a total lack of appetite (which thankfully has now resolved, and I was able to to eat a big breakfast today.) I felt 90 percent better this morning, but I still have some residual fatigue and muscle soreness. When I got my afore-mentioned massage, the therapist kept mentioning “adhesion”, which I definitely felt. All of my muscles and interstitial tissues were gluey and sticky and sore. One massage was not going to resolve a year and half’s worth of extreme stress and weightlifting. As much as I want to keep going and trying to make progress with the home workouts while the gym is closed, it’s clear that I need an extensive break from heavy lifting, as well as just plain rest. It has not been easy to wind down and I think my body just went haywire trying to cope with coming off of a prolonged diet of stress hormones, sleep deprivation and lactic acid build-up.

I was in a bit of a hurry last week to mail a package, drop off a return, and pick up a suitable birthday present for Mr. Typist, and on my quest I went to Bartell’s and grabbed some of those “genius” puzzles in the games section and then at the last minute decided to get him a big mug, because he likes his tea in a big mug. I found a big mug in the tourist-junk section, and I swear to God that I thought the mug graphic said “Pike Place Market” and I bought it thinking that it was a nice homage to his hometown. But when he actually unwrapped it, he looked at it with befuddlement and pointed out that it actually spelled out “Seattle Market Center,” only in the similar logo and red lettering as the famous “Public Market Center” sign that lights up Pike Street. To our great hilarity, upon further examination of said mug, we discovered a teal-colored salmon with a very put-upon expression, the Seattle-obligatory cup of steaming coffee, a plethora of roses, and quite puzzlingly, three heads of garlic. Additionally, it pictured a giant clock similar to the one at the Pike Place Market, but weirdly distorted and with both hands equally as long so we couldn’t tell what time it was actually set on. It was as though it was designed by someone who was briefly shown a flashcard photo of the Pike Place Market and then asked to do sketch of it from memory with their non-dominant hand. And whoever this person was somehow vaguely associates Seattle with garlic and roses, which is not a thing. It’s also a very lumpy mug, so whoever cast it could not be bothered to finish the job properly. Basically, it’s the most half-assed mug on the planet, and Mr. Typist absolutely loves it.

Because I’m crazy and there has been yet another Steam sale, I decided that a great thing to do on my vacation from the hospital would be to download a game about operating a hospital. So far, I have hired a front desk receptionist and general practitioner who hasn’t done much but wander around aimlessly. I think he needs a proper office, which I will build for him, but then he needs to start making me some money. I have expensive imaging equipment to buy and a fancy golf club membership to secure. So much for vacation!

Posted by Kristen McHenry at 3:36 PM