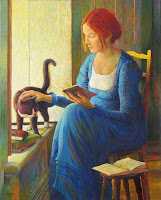 A few weeks ago, I blogged about my excitement at learning that you can grow a plant from an avocado seed. (Thank you to everyone who weighed in on Facebook and e-mail with plant advice.) I followed the first set of directions carefully, wrapping the seed in a wet paper towel and tucking it away in a zip-lock bag. When I unwrapped the seed this weekend to check on the progress, instead of a cute, eager green sprout, there was a strange, dark, vein-like growth wrapped around the seed, but not protruding in a way that will allow me to move on to the next step. I don’t know where I went wrong, but think I’m going to have to start over. Either that, or the UK Daily Mail was just trolling me and there is no such thing as growing an avocado plant from a seed. I can see all of the smug British journalists now, laughing and chortling at us suckers eagerly unwrapping our seeds only to find failure staring us in the face. Hmmph. I don’t know why I’m so eager for an avocado plant anyway. Maybe I just need something to believe in again, and growing things has always seemed like a form of magic to me. I must be working with a bum seed. I feel bad giving up on it but that’s the way of the world: Produce or perish.

This is a three day weekend and as such I feel an unspoken pressure to both uber-relax and get out of the house and go “do something.” Mr. Typist and I vaguely discussed putting together a lunch and having a picnic, but that involves effort, forethought and going out in public, none of which I want to engage in. The truth is that I don’t actually care that much for three-day weekends. They throw off my work week and make me restless. I don’t find them “refreshing” and all they do is make me stressed about coming back to work and opening my e-mail. I suppose I could take it as an opportunity to catch up on my reading. I have three half-read books in my Kindle right now including the erstwhile “Fountainhead” which I took a break from because the architects were stressing me out. All of this makes me wish I had a cat. Cats have always been good at helping me relax. It’s much easier to justify sacking out on the recliner and reading for hours when you have a warm cat curled up on your lap.

My one big goal since the gym re-opened is to do a pull-up. That was a sort of semi-goal of mine previously, but my normally serene former trainer had a mild but extended freak-out when I mentioned it, and I didn’t want to stress him out by bringing it up again. However, my new trainer is a maniac and thinks I can do it. When she’s not nagging me into an early grave about my crap posture, she’s piling plate after plate onto the seated bench press and pushing high reps. (It has made a difference, even though only been a few weeks.) The gym is pretty sparsely populated right now, and as such, most of the people there are the hard-core lifters, mainly men. And guess what they do in between sets as an afterthought? That’s right. Pull-ups. Those bastards do pull-ups, right in front of me. Just as a way to pace themselves as they think about what they are going to do next. What is an entire lifetime fitness goal to me is a casual afterthought to them, what with their chest-based center of gravity and their bulky biceps. Nonetheless, I’m fascinated by how they do it and I want to go up to them and say, “Teach me your ways.” I won’t, though.

When I was looking for songs about American workers for Labor Day, as was probably inevitable, I came across this quite old and quite strange video from Men at Work. The song is as catchy now as it was back then, but I had never seen the video before, and it is completely bizarro. Enjoy!

I concur with this YouTube comment on the video: "This would’ve been a better ending to Game of Thrones."

That is *exactly* how Game of Thrones should have ended.