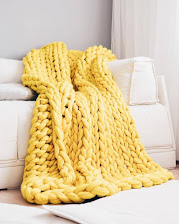 I was listening to a podcast recently with a guest who explained that after a terrible period of psychological distress, she decided that she needed a project in order to focus her mind on something besides her own emotional pain. She bought an enormous amount of yarn and spent the next six months steadily knitting a gigantic blanket, working on it every single day no matter what. At the end of the project, she felt a little better, but just as importantly, she learned the value of persistence and consistency, and her faith in her ability to heal herself was restored. I think that was a very wise thing for her to do for herself. As a culture, we seem to have abandoned the value of pushing through and persisting in the face of adversity. Fuddy-duddy concepts like patience, stoicism, and simply taking our minds off of our pain for a little while with something productive like work or creative pursuits is considered old-fashioned. The trendy way to cope with mental distress is to make TikTok videos and engage in pathological wallowing. I say this as someone who has wallowed in many bouts of psychological distress, especially when I was younger. I have since learned that emotional distress is often passing and that it’s okay to subsume it in work, physical activity or other distractions. Contrary to popular counseling wisdom, I believe that distraction is a very useful tool. In many cases, the distress simply resolves itself on its own due to not having been fed. As the Brits tend to say, sometimes you just need to get on with it. I’m also reminded that I still have a punch needle embroidery project to finish and I should get on with that.

Today would probably be a good day for it, as it is a pre-planned No-Leave Sunday, wherein I stay in pajamas all day, eschew make-up and don’t leave the house, not even to check the mail. I used to engage in No-Leave Sundays fairly regularly, but they have fallen by the wayside over the years for various reasons. I find No-Leave Sundays very restorative. I like to have what feels like an enormous expanse of unscheduled time in front of me in which to knock around, putter and waste. It helps my brain unravel from the work stress of having way too freaking much to do all of the time and never enough to time do all of it. It feels lavish and indulgent and a little transgressive.

Speaking of wasting time, House Flipper has become a sort of psychological litmus test for whatever is going on with me in the moment. I went crazy with the pets, having indulged every single one of my pet-owning fantasies. In addition to my dream dog, the Husky, I got a guinea pig because I owned one once in real life and ended up having to give him away due to allergies. I got a rag-doll cat, a turtle (I also used to own a turtle), a parrot, an exotic fish aquarium, and an iguana. I’m considering a bunny, too, although in real life they don’t make good pets. Now that I have the pets out of my system, I am working on refurbishing a high-end office building, a job which I find myself taking very seriously because in real-life, I am smack in the middle of a big office move at one of my campuses and am learning a fair bit about office design and construction as a result. I am hyper-alert to functionality, aesthetics and quality, and I want the imaginary future residents of this building to have an excellent space to work in. It’s also a great displacement activity to subvert my own real-life new-office anxiety. Who needs a therapist when you have House Flipper?

Posted by Kristen McHenry at 12:38 PM