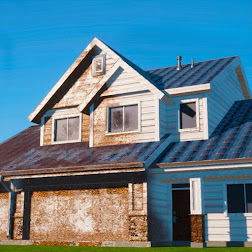 I was minding my own business the other day putting my make-up on in the morning when a gigantic-ass Daddy long-legs spider showed up out of nowhere on the bathroom counter and caused me to run out of there yelling and swearing with panic. Mr. Typist dutifully took care of it, as he does since that’s his job as my husband, but it was extremely disconcerting. My make-up-putting-on time is personal, private time and I was shocked and offended by the sudden presence of a gargantuan spider trundling right at me, onto my make-up bag, when all I was trying to do was put my eyeliner on straight. I don’t need that kind of aggravation. Mr. Typist insists that the spider was just there to wish me a happy birthday, since it happened to be my birthday, but I’m not buying it. This was spider trolling with malice aforethought. There was no reason for that spider to be all up in my business first thing in the morning before I had barely even had a cup of coffee. Then Mr. Typist tried to guilt me about it by saying that by taking him outside he was dooming the spider to freeze to death, to which I replied, “I literally don’t care”, which is a thought that runs obsessively through my head nowadays like a weird tic since work has gone off the rails and a million hands are tugging at my skirt 24/7. I literally don’t care about the ultimate fate of a spider who had the gall to roll up on me in my own bathroom. On my birthday, I might add.

In a follow-up to last week’s body complaint post, after leaving two un-returned voice mail messages, I finally called my optometrist last week and talked to the one seemingly competent person in the office, who took down my contact lens gripes and promised to pass them on to the doctor. He said they would get me some “trial” lenses, but aside from that, I’m going to have to give in and pay out of pocket for new glasses since these old ones are just not working. At least my hair situation is somewhat fixed after I finally caved and got the first hair cut appointment I could yesterday. It wasn’t my usual hair-cut lady and the cut isn’t really the same, but that’s okay. I don’t mind having something a little different. I also got a brow wax from an oddly passive-aggressive Russian aesthetician who both complimented and negged in me in even doses so that I was completely confused about how to feel about myself by the time I left. She lavishly complimented my hair color, scolded me for having bushy eyebrows and not getting waxed often enough, told me I had nice eyes, and asked me if I was drinking enough water because I appeared “dry.” At least she did a nice job on my brows, which look thin and styled now instead of like hapless caterpillars.

Mr. Typist has made savage fun of me the entire time I’ve been playing Power Wash Simulator, snorting and chortling about how absurd and ridiculous it is. Until yesterday that is, when he became suddenly intrigued by a boat I was power-washing and “wanted to give it a try.” After a few minutes of spraying mud off of the side of the boat, he became hypnotized with pleasure and kept saying, “Oh my God. That’s so satisfying.” Yes! I told you. Unlike in real life, in Power Wash Simulator, I can clean objects to total perfection. I can make everything shiny and new and good again. I can redeem the irredeemable and purify the world of its filth. It’s all so simple in Power Wash Simulator. And as an added bonus, every time you clean a section, you are rewarded with a pleasant “bing” sound and the section flashes light blue for a second, reinforcing your essential goodness and the morality of your labor, unlike in real life where there is no bing for your accomplishments, things are morally ambiguous, and nothing is ever complete.

The tree house is one of the most infamous levels in Power Wash Simulator. I'm pleased to announced I completed it in full and I'm still sane. (Sort of.)

Posted by Kristen McHenry at 11:56 AM

I'm not sure whether it helps to know that harvestmen may be arachnids but they are not spiders. Perconally I find them kind of winsome.