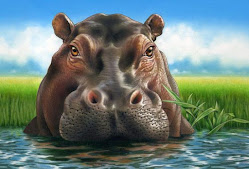 After months of intense work stress, long hours and working weekends, I find myself with a full, luxurious stretch of three days off in a row, and I hardly know what to do with myself. I’m in full-on rebel mode and have resolved not to look at work e-mail or go into the office. I know there is plenty to do, such as obtain a Civil Engineering degree so I can actually play “Planet Zoo”, finish the third book in my Nancy Drew box set (someone set off a bomb in her cabin and I’m very worried for her), or clean the oven, but I’ve gone into some kind time-panic fugue state and I find myself just staring into space, not knowing where to start. Leaving the house is not an option mentally or emotionally, so maybe I will just sit on the couch and play Bejeweled and get caught up on my conspiracy podcasts.

Speaking of Planet Zoo, I have literally never played a game with such an insane learning curve. I have watched numerous tutorials now and I’m still barely getting the hang of it. The most helpful video so far is by a guy who goes by the moniker of “Old Guy Gaming” and suggested doing all ten full in-game tutorials before even attempting to make your own zoo. I like the Old Guy. He seems very resigned. He’s low-key and doesn’t expect anyone to watch his videos because he’s an old. I find his attitude refreshing and his advice sage. Maybe I’ll start my own channel, “Old Lady Gaming” one of these days. I have a lot of advice to offer about Stardew Valley, including who the best bachelor is to snag for marriage, (Alex) and what to give as a gift to the townspeople (coffee--universally loved by all.) I’m way better at Stardew Valley than Planet Zoo. So far in PZ, all three of my chimpanzees escaped from their enclosure and I had to pay a lot of money to have them shot with a tranquilizer gun and returned to their habitat, a hippo also escaped and I got dinged for letting him roam free because he was just minding his own business in the river and wasn’t bothering anyone, and my tapir habitat got dirty to the point that it became a health issue. It’s exhausting. I have a job. I don’t need another one in the form of a video game.

One thing I will do in this vast expanse of three days off is go to the gym and throw around a barbell. My last trainer wouldn’t go anywhere near the machines in the gym, so I got really used to using barbells and dumbbells, and now I’m somewhat hooked on a routine that I worked out where I can do dead lifts, squats and overhead presses all in one go using a barbell. I have an upcoming consultation with yet another trainer this week, and I really hope this one sticks around for a while. He’s been at the gym since I started going there. He’s their star trainer and he seems very dedicated, but he has a full-time job outside of training and he’s already booked to the max with clients and only agreed to take me on as an exception. So we’ll see how it goes. I don’t know why I am so stubbornly insistent on having a trainer when I know I can do things on my own now, but I feel that I grow faster and do better under tutelage. Maybe it would be a different story if I had spent a lifetime in sports and had always been athletic, but that’s far from the case, and I still feel the need to have oversight. I have no plans to pursue this, but just out of curiosity, I’ve been looking into personal training certification just to see what it entails and what kind of topics the tests cover. There is an alarmingly wide array of certifications out there, some better than others, and very little standardization. In my mind, personal training is a huge responsibility. I still recall my first trainer and how easily things could have gone awry if he hadn’t taken my knee injury seriously and hadn’t been thoughtful and strategic about structuring a plan for me. Becoming a personal trainer is not an endeavor I would take lightly, and I likely won’t do it anyway, but it’s interesting to explore.

In the spirit of old guy and gals, I found this video by Shredded Sports Science a funny, interesting and thoughtful take on fitness and aging.

Posted by Kristen McHenry at 11:09 AM