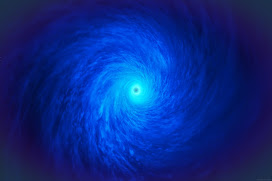 This has been a strange week for me, adapting to major changes in my work life, adjusting to the new world of Lyft, which I frequent now almost daily, and processing memories from my time at a former hospital that I have now returned to work at again. All of this has made me contemplative and strangely nostalgic. I’ve been thinking a lot about my friend Jules, who died at age 96 in the same hospital that he was born in and that he served in as a volunteer for over thirty years, right up until two weeks before his death. I recall putting together his memorial, and how obsessive I was about getting the poem reading right. I chose a poem called “Directions” by Billy Collins, and every time I rehearsed it in my office, I fell to pieces at this one simple line:

“I will walk with you as far as the garden.”

That line haunted my dreams and broke me apart time and time again. It took me a while understand why it brought me to tears every time I came to it: It’s because I knew in my bones that no matter how close I was to Jules, no matter how many people loved and adored him, (and there were many), no matter how strong and extensive and close-knit his family, no matter how many gathered at his bedside to be with him for his last breath, that ultimately death was a journey he would need to take on his own. I could only go with him so far. And that is the truth for all of us. It’s a line that speaks to the final letting go, the point past which we can no longer be accompanied, the point at which we release our hands from our loved ones shoulders and watch them walk off into the mystery of the afterlife, knowing we will never see them again on this plane of existence. Death is always a solo crossing.

In further contemplation of simple but powerful lyrics, I also came across a very old video on YouTtube by Bruce Springsteen, “I’m on Fire”: “Sometimes it’s like someone took a knife edgy and dull, and cut a six inch valley through the middle of my soul.” The song is about a blue-collar guy who has a crush on a posh woman who lives “way up in the hills”, a detail that I find intriguing, but the feeling of having one’s soul sliced by a dull, edgy knife is one that I am intimately familiar with. Maybe I’m just a naturally mournful person (melancholic, they used to call it), but this line rings deeply true for me. It’s not a particularly poetic line, or even a grammatically sound line, but it’s raw and primal and instinctively understood.

YouTube seemed to think I was on an eighties nostalgia kick and also served me up “Fast Car” by Tracy Chapman, another song with very simple but powerful and relatable lyrics: “So I remember when we were driving/driving in your car/speed so fast it felt like I was drunk/city lights laid out before us/Your arms felt nice wrapped around my shoulders/I had a feeling that I belonged/I had a feeling that I could be someone, be someone.” I listened to the entire song several times, reflecting on how full of hope and quintessentially American it is, despite the deep thread of pain that runs through it. The lesson is, sometimes in poetry the simple is the better. We poets tend to overthink things.

I feel like I should apologize for my rather wistful and blue-tinted post, but I won’t. That’s just where I’m at right now. That’s what a flood of emotionally powerful memories will do to a person. Enjoy this touching memory of when Tracy Chapman performed “Fast Car” at the Oakland Coliseum:

Posted by Kristen McHenry at 11:34 AM

Lovely, Kristen, and so is the Tracy Chapman Grammy-winning gem I haven't heard in a long while! :--)

Getting reviews is very difficult for an Indie author. https://usbookreviews.com/ is an affordable service to get high-quality reviews and gain visibility for your book.