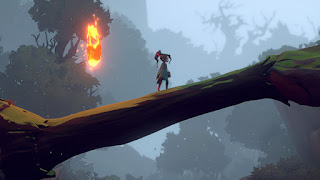 With this new job situation, I am always tired and I always have a slight headache. It’s just something I’m having to get used to. By the time I got home on Friday afternoon, I was too tired to even play Stardew Valley, and I announced to Mr. Typist that I would be spending the evening lying on the couch watching movies on my tablet because I had no mental or physical energy to even sit upright. I found a strange but entertaining film called “I’m Your Woman,” a crime drama set in the 70’s. It’s about woman named Jean, a lost soul who is married to an exceedingly sketchy dude named Eddie. One day Eddie brings home a baby, drops it into her lap, and declares that their infertility problems are solved. Jean looks at him sideways, but doesn’t ask any questions and simply takes the whole situation at face value. This has been bothering me all weekend. If Mr. Typist swaggered home one day with a full-fledged human baby, plopped it into my arms and said, “Don’t worry about it, sweetie. Everything’s fine now”, I would have questions. Many, many questions. But not Jean. And in a way, I don’t blame her, because that baby is one of the cutest, most expressive movie babies I have ever seen. At three or four months, he is already an adroit forehead actor and has huge, emotionally compelling baby eyes. So maybe I wouldn’t have pushed too hard with the questions, either.

I came across a game a few weeks ago that I have been rendered speechless and stunned by, and have been wanting to talk about here when I got my head around it properly. Mr. Typist and I have been in an ongoing argument about whether or not it’s a game versus “merely” a visual novel, which is not really an interesting question to me. I have cried at three video games in my entire life: “Syberia”, when Kate finally finds the woolly mammoths, “Gone Home” at the end when the big secret is revealed, and this one, called “Lost Words: Beyond the Page.” I’ve never experienced anything like it. It was written by Rhianna Pratchett, who is the daughter of Sir Terry Pratchett, the famed fantasy and sci-fi writer best known for the Discworld series. Terry Pratchett died after a battle with Alzheimer's, and this game revolves around the main character Izzy’s struggle with her beloved grandma’s mental deterioration after a stroke. The game toggles between two alternating sequences—one is the young girl’s journal, where the words light up on the page and you reveal new pictures and words as you move through the written sentences, and one is a side-scroller that enacts the fantasy story that the girl is writing to help her cope with her grief and the chaos in her family. In one journal scene, Izzy recalls a trip to the beach with her grandmother, who was a marine biologist, and is introduced to the concept of bioluminescence. It’s one of the most beautiful, jaw-dropping scenes I’ve ever seen in a video game, and I feel like if I try to explain it I’m going to botch it.

I think at the core of what I want to get across here, and what I’ve been trying for years to explain, is that some of the very best literature out there now lives in the realm of video games. I know that this is anathema for academics and others who have outmoded ideas about gaming and gamers, but it’s the truth. It’s partly why I have been so drawn to certain games over the years and talk so much about games on this blog. I feel that there is a huge world of literary excellence that writers are missing out on by eschewing games. “Lost Words: Beyond the Page” is a perfect example. I’m so glad that I found it, and I feel compelled to share it with you, dear readers. If you don’t game at all, it’s a gentle introduction to gaming—it’s not twitchy; it’s very intuitive and forgiving, and it will be easy to learn. I would urge you to branch out and give it a try. I don’t know how far into the game I am or much more I have to go, but I find myself not wanting it to end.

Before I go take a morning nap, (It’s Sunday and I’m allowed!) here is the trailer from “Lost Words.” Enjoy. I’m not going to tell you how it ends.

Posted by Kristen McHenry at 11:32 AM