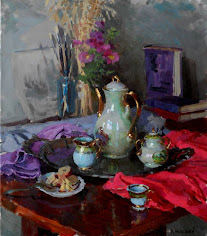 My life has been a swirling mass of chaos over these last two weeks and it’s frustrating not to be able to share the details, but I can’t out of respect for the other people involved, and the fact that I have somehow managed to draw attention to myself professionally despite doing my best to hide under my dark, comfortable rock for the last five years. I didn’t ask for anyone to kick my rock and expose me to sunlight, but it happened anyway. My last trainer before my current trainer was very hung up on my posture, and she was right to be—I have had a life-long tendency to slump because I was always taller than everyone around me and was inundated with messages about the how nail that sticks out is the one that gets hit with the hammer. It turns out there’s some truth to that.

My big idea to outsource my wardrobe upgrade to bots did not work out at all. I know that you have to “train” them but it turns out I don’t have enough patience or enough interest in fashion to accomplish that task. And, as an astute reader pointed out on my last blog post, he knew that he had reached the pinnacle of career success when no one cared what he wore anymore. I have been tempted to see if I can get away with t-shirts and yoga pants now, but then again it’s a little different when you are a female with a public-facing position. So I don’t know what I am going to do. If you were a mediocre dresser, there used to be a show you could go on where they gave you a bunch of money and sent you to New York to go shopping, but I don’t think that show is on the air anymore. Anyway, aren’t we far enough into the century now where fashion should be obsolete and we should all be wearing the same sexless jumpsuit?

My new-age, woo-woo quasi-hippie past recently came in handy during the Great Tea Crisis of the Typist household. Mr. Typist ran out of his normal favored tea, which comes in teabags, and to cover the gap in between shipments, he ordered loose tea of the same kind, which came with the oddly specific directions to “steep directly in hot water for 56 minutes.” Not 60 minutes. Not 53 minutes. 56 minutes exactly. This level of specificity was not repeated when it came to how much tea to put in. That was left entirely up to the end user to figure out. However, having steeped a lot medicinal and fancy tea in my day, I was able to eyeball the right amount and prevent Mr. Typist from pouring in half the bag. After several sip and sniff tests, thanks to my experience with obscure teas, we concocted the perfect formula and now we have the Goldilocks of teas: No too strong, not too weak, but just right. I would have thought that my knowledge would have degraded with time, but it was just like riding a bicycle. I wonder what other long-dormant skills lay slumbering in my consciousness, just waiting to awakened by a crisis.

I’m finding Grand Theft Auto 5 weirdly compelling. I’m mostly a PC gamer and a filthy casual at that, but I am firmly of the belief practicing with the joystick has been good for my fine motor skills and learning how to “drive” has helped increase my almost non-existent spatial abilities. Aside from that, the game is dirty and extremely violent and kind of sad, but I’m starting to really like the main characters and have developed a strong interest in their story arc. Could it be that there is actually some literary value to this game? Time will tell, as long as I can stop smashing into guardrails and running people over in the streets.

In case you are interested, here are some home truths about how to properly steep tea:

Posted by Kristen McHenry at 11:39 AM

Ack, though, I wish I had something astute to say about dressing. Got nothin'.