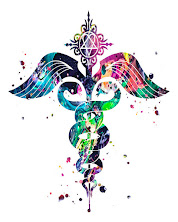 First of all, do not worry one iota. It turns out that I am totally fine, I don’t have anything, and I am absurdly healthy. I wouldn’t even go so far as to say I had a “health scare” recently, but something unusual was going on, so to be on the safe side I e-mailed my doc’s office to inquire whether or not this was something I needed to worry about. I was fully expecting them to shrug it off, but instead I received a restrained but firm directive to get in for an appointment “soon.” By the time I got to the appointment, I was quite riled up with anxiety, although my attitude about my personal health is usually pretty cavalier. I’m the opposite of a hypochondriac. I rarely go to the doctor and I usually skip the things they tell you you’re supposed to do every year. This is from a combination of lack of faith in the medical establishment, and years of experience of my body resolving most of its issues on its own. I’m firmly anti-interventionist when it comes to most mundane medical stuff. But the fact that they were so adamant about me getting in to be seen spiked my anxiety. I had been willing myself not to think about the c-word, and less than fifteen seconds into the office visit, the doctor said the word “biopsy.” At my panicked expression, she tried to soothe things over by helpfully explaining that this sort of cancer is “very treatable if caught early.” Then she backtracked again and said that maybe a biopsy would be overkill and we should start with a medical imaging procedure first. Then, as I was near bursting into tears, she patted my arm in what I fully believe she thought was a motherly, comforting gesture and told me I was more than likely going to be “just fine.”

I like my doctor. She’s a good, diligent doctor and she is a nice and caring person. I understand that she was just thinking out loud as she worked through her clinical decision-making process. But words have impact, and perhaps saying “biopsy” right out of the gate wasn’t the most sensitive approach. I work around a lot of nurses and medical-type folk, and I am constantly astonished at the casual way they talk about medical maladies and blood-spurting and “impacted colons” and God knows what other disasters that befall the human body with upsetting regularity. (How on earth does one get an impacted colon? Do you eat a brick?) I’ve been working in hospitals for almost ten years now and I’ve never gotten used to it. It’s great for them, the “medical haves” who understand that things can be fixed and who have the clinical knowledge and know-how to heal the sick, but for the rest of us, the “medical have-nots,” that stuff freaks us the eff out. I don’t care if my theoretical, non-existent cancer was treatable or not. Just because my doctor knows it would have been treatable does not mean that this was not a potential catastrophe for me. I cannot get cancer. Cancer is for plucky housewives in Lifetime movies. I am too crabby and too negative to survive something like that. I do not and will not have a positive mindset and I would be punished for my pessimism by a swift death. Everyone understands that principle. It’s the law of karma.

At any rate, my imaging results were totally normal and everything is fine. It was just a weird anomaly, and now I regret even having said anything because I probably shaved a few years off my life with the cortisol spike this caused.

Whew, okay. It helped to vent. Here’s something pretty to listen to from a time when there were choruses. Enjoy!

Posted by Kristen McHenry at 1:30 PM

Enjoyed the Irish music (Gaelic or Celtic?) but enjoyed the post a lot!

"I am too crabby and too negative to survive something like that." i feel so seen. i'm not up for any of those battles. just set me on fire & float me out to sea. xo thanks for this honesty!

Thank you, Dale! :) And Carolee, I am so glad to know a kindrid soul is out there with me. Thank you, Masterpoet. I always love good Gaelic ballad.