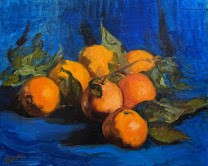 I have declared myself Boss of Grocery Stores Elect and now pronounce that unless absolutely necessary, couples may no longer shop together. Restrictions have been put in place and yet there remain scofflaws aplenty who swan into the store as a couple, sharing one tiny basket between them and lingering over the oranges. Grocery shopping is not a recreational activity, folks. It’s business. You get in and you get out. You don’t bring your girlfriend and five of your closest cousins to pick up a loaf of bread and some Twizzlers. You don’t wander the aisles in a slow daze touching everything like a ballerina with Alzheimer’s. You make a list, you follow an orderly trajectory through the store at a brisk clip and for God’s sake, you get your bagging game together before you check out. I don’t want my radishes getting all mixed up with your diet ice cream at the check stand because you can’t quickly and competently put your items into a bag. Yes, I fully realize that these demands are coming from a projection of my anxiety around The Surge, but there have been a lot of dire meetings at the hospital of late and I’m getting very nervous. Also, they closed my gym again so I can no longer work off my excess adrenaline in the squat rack. So please everyone, just follow my simple grocery store prescriptions so I don’t end up on the wrong end of a viral YouTube video as the latest ranting Karen.

Last weekend during my aforementioned Day in Pajamas, I downloaded a horror game called “Maid of Sker.” It’s about a haunted isle in Ireland, so what more could I want? Unlike most horror games, Maid of Sker actually has a lucid plot and a well-organized storyline that makes sense and follows a logical trajectory. I love horror games, but I end up disappointed with most of them because after about forty-five minutes in, they all seem to give up on any pretense of a cohesive storyline and just devolve into gory chaos. Maid of Sker has a beautifully written plot, it follows a logical trajectory, and it’s bloody terrifying. Mr. Typist is getting PTSD by proxy from my screams thanks to its fiendishly-placed jump scares. And it has a very interesting theme based around music. My latest quest is to “Retreat to the Hotel.” You don’t have to tell me twice after what I just saw in the woods. (Shudder.)

Speaking of games, I realize now that I never fully updated you on my marriage to Elliot in Stardew Valley. I expected him to take me to Hell and back, and it’s been a bit of a disappointment. He mostly just sits in the garden and reads, and despite his vanity and abject laziness, he has turned out to be a kind, mild-mannered husband who occasionally says poetic if slightly puzzling things: “You smell sweet, my dear. Like a honeycomb drifting on a pool of spice tea.” After the hissy-fit Mr. Typist threw over my previous ‘toon’s marriage to Harvey, whose name he still refuses to utter, he has been remarkably quiet about Elliot—until recently when he sat down at my computer to do something and ranted out of nowhere, “Who is this idiot? Well I’m not surprised. You’ve married every other half-wit in the game, why not him?” (To be fair, every marriage candidate in Stardew Valley is a half-wit, both male and female. Something is “off” with those townsfolk.) Don’t tell Mr. Typist, but I think the next candidate on my list is going to be Sebastian. He is a confused, angry young man in need of rescuing, and I believe I’m just the one to carry out that operation.

For a nice, dark, mid-wintery horror treat, enjoy this beautiful Welsh lullaby accompanied by the trailer for Maid of Sker.

Posted by Kristen McHenry at 11:41 AM

Fabulous post, Kristen, and funny as heck! But the video was an interestingly nightmarish surprise! lol