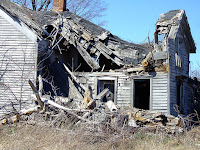 Mr. Typist has made it clear that he does not approve of reading novels. In fact, he is downright scornful about it. He thinks they’re a waste of time and “don’t teach you anything.” We’ve agreed to disagree about this, so when I’m sitting on our reclining couch with my Kindle he is no longer allowed to ask me what I’m reading. It’s a “don’t ask/don’t tell” policy in the Typist household (although sometimes I lie for the heck of it and say I’m reading a math textbook.) After having blown through a few novels over this pleasant Seattle summer, sadly, I am beginning to see Mr. Typist’s point. All of the novels I’ve read lately have been ultimately unsatisfying or disappointing in one way or another, and this isn’t just because of my afore-mentioned bitterness about my own failed novel. There’s something going on. Endings peter out with no resolution or even an attempt to tie up loose ends, stories meander and stall, characters behave with wild inconsistency, and most dismaying of all, authors give in to the temptation to pour the bilious syrup of their political opinions all over a perfectly good story with no regard to how badly this yanks the reader out of the world the author has created.

The latest culprit in this sort of non-sequiturious ax-grinding is “Fleishman Is in Trouble,” a debut novel by Taffy Brodesser-Aknery, a columnist for New York Times magazine. And the reason that this is so disappointing is because up until the last several chapters, the book is really good. The main character, Toby Fleishman, is an endearing 40-something doctor trying to cope with a drawn-out divorce, two young kids, and the unfamiliar world of dating apps and their attendant copious opportunities for hook-ups. The story of the marriage of Rachel and Toby is told with a deep sense of human tragedy, yet the writing is witty and funny. Toby’s dilemmas are compelling, and it’s a delight to follow his journey as he navigates through the demands of his upturned life. Really great stuff—until we get towards the end and finally hear from the ex-wife Rachel, and more in depth from Libby, Toby’s old girlfriend from college. Then it’s full on with the Andrea Dworkin-level feminist rage. Suddenly, Rachel, a driven, ambitious self-made powerhouse with the most successful talent agency in New York, has all of this time been a beaten-down victim of a patriarchal society, a marriage in which, bewilderingly, she is retroactively portrayed as helpless, and someone who was destined to a life of unhappiness because “men are always more important.”

Libby, despite having a loving, stalwart husband, two kids, and all the security and stability you could ask for, is also portrayed as a victim, vaguely framed as being a token female during her brief stint writing for a men’s magazine. I’m not even sure what her unhappiness is about, but the author makes it clear that we are to believe it’s because Men. The entire book descends into a shocking, unhinged victim-feminist screed that makes no sense in the context of the characters and the story, and completely bulldozes the previous narrative. It’s as though the author built a beautiful house and then decided to knock three walls in with a wrecking ball. There wouldn’t necessarily be anything wrong with that if it made any kind of sense within the context of the story, but it doesn’t. Rachel: Not a victim. Not anywhere close. Overwhelmed and dealing with loss, but definitely not a victim of stifling patriarchal oppression. Libby’s only problem is that she is a bit bored and needs to create some excitement for herself, which she is completely at liberty to do. For some reason, in the author’s mind, the fact that the female characters have had to make choices the same way that the male characters have make them martyrs rather than humans with full agency. Libby, sorry you live in the suburbs now with two kids. You made a choice. Rachel, sorry you had children you weren’t very interested in taking care of. You made a choice. I just don’t understand this author’s decision to veer off in this direction at all, and it completely ruined the book for me. The male characters were allowed to be fully human, and the women were ultimately reduced to symbols. The author debased and negated the beauty of her own writing by making an ideology supreme over the story. And this makes me very sad.

Maybe I need to give that snake novel another try. It was about a kid who was good at handling snakes, but then drones became involved and it got confusing and I quit reading it. Something has to work soon, because I refuse to let Mr. Typist be right. Also, I think I deserve credit because I have managed for this entire post not point out the amount of time he has spent on Minecraft.

Here’s a definite not-victim urging us to Get Up. Warning: There is a passing reference to a certain adult recreational activities, and an obscene gesture that I personally think is completely unnecessary. But it’s a banger of a song and I’m adding it to my workout rotation stat.

Novels. Yeah, sometimes I think they're just a waste. Some kid is going to teach me what living in America means, or what the story of my life is, or what it ought to be? I doubt it. On the other hand, I reread García Márquez the other day and realized: this is the guy who convinced me that if you don't love anyone your life ends up stupid. When I was sixteen, in a way that I could actually hear it. How's that for value? I wasn't going to get that from a math textbook.

But I dunno, I might be too stupid now to read novels. Maybe the window has closed :-(

Thanks as always for reading, Dale! That's a beautiful thing about Garcia Marquez. I keep thinking I am going to start reading all of the classics...I should get on that. Contemporary novels are just leaving me cold. It could age, impatience, or impending stupidity...who knows?