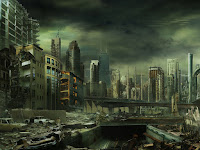 I was listening to some news clips on a podcast this weekend while I was washing up after dinner. I happened to be cleaning a small paring knife during a particularly galling clip, and the thought occurred to me that perhaps I should just gouge my eyes out with it. I didn’t, of course—I calmly put the knife away and switched over to the “Celtic Roots” Pandora station (because I am an old,) and enjoyed me a few toe-tapping jigs in lieu of the news. But I thought that perhaps I should get some darkness out my system this week, to avoid having a repeat of The Bad Thoughts.

Recently, a spate of articles circulated about the sad fate of a shop robot with the improbable name of “Fabio.” Fabio was created at Heriot-Watt University in Edinburgh, Scotland, and was dispatched to a Scottish supermarket to act as a courtesy clerk/shop assistant. Things did not go well for Fabio. According to reports, he started off great, charming customers with high-fives and greeting them enthusiastically. But soon, he began aggressively chasing them with pulled pork samples, annoying them with vague answers to their inquiries (“Beer is in the alcohol aisle!”) and being generally overbearing. When the shop manager gave Fabio the news of his sacking, Fabio apparently asked, “Are you angry?,” causing at least one fellow employee to burst into tears with empathy. For a robot. Stop it, people! Sure, I felt bad for Fabio at first, too, but then I realized that’s how they get us. That’s the plan—to get us attached, play on our emotions, and then bam—trap us in a dystopian future of cyber-slavery, where we are the pork samples. I’m telling you, this AI stuff is bad news.

I had a dream a few nights ago in which I was touring a new university opened by a Very Famous World Leader. I do not know why, in my dream, I was touring a university owned by a Very Famous World Leader, but apparently, I was considering signing up for classes there. The building was being touted as “new”, but it was shoddily built and some of the larger rooms were still under construction. I wandered into the staff kitchen to chat with some fellow prospective students and I kept saying, “But what’s the curriculum? I haven’t seen a curriculum.” Suddenly, busted-elevator-style, the entire kitchen sank with a stomach-lurching thud and crash-landed in the basement, right next to the university swimming pool. Shell-shocked, I wandered out into the pool area. The Very Famous World Leader came ambling up to greet me, and I explained to him that his school seemed to have some infrastructure problems, as the kitchen just fell through the floor and missed landing in the swimming pool by mere feet. VFWL seemed totally unfazed by this news. He helped me fix an errant thread on my coat that unraveled in the fall, and gave me a sales pitch about why I wanted to go to school there. I still don’t know the curriculum.

I’ve become weirdly fascinated by curling since the start of the Winter Olympics, partly because it’s on at night when I’m sacked out in front of the idiot box passively absorbing messages from our corporate overlords, and partly because it seems like a sport I might actually, feasibly, be able to participate in. (I haven’t found one yet.) I’ve been watching curling and thinking “Maybe I’m missing something, but it doesn’t look  like this requires a huge amount of natural athleticism.” I could kind of, sort of, see myself doing it if I could get that awkward sliding stance down. But low and behold, I’ve been stymied again. Apparently, I was missing something, because a recent competitor was caught doping. I guess that even curling is beyond my ungainly reach. My Olympic dreams have been dashed for good, and I’m left to languish in couch-potato condition for the rest of my days.

Oh, well. The world may be collapsing around me, but I did find a great pair of work shoes today. They feel like a cloud! I can’t believe I put up with my old ones for so long.

Posted by Kristen McHenry at 4:27 PM

Email ThisBlogThis!Share to TwitterShare to FacebookShare to Pinterest
Labels: Essays