Poem of the Month: Themes 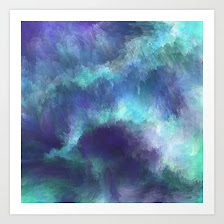 A book that I semi-read some time ago will be making a fresh appearance in my life soon, and it reminded me that I wrote a poem in response to it a number of years ago. I don’t know if this breaks the rules of poetry or not, but I actually did some edits on it this morning, as I wasn’t happy with the first stanza especially. I see no reason why a poem has to remain carved unchanging in concrete for all of eternity once it’s declared finished. Also, I might write a sequel to it because I have different thoughts about it now.

The poem is called “Themes” and it’s based on the book “Now, Discover your Strengths” by Marcus Buckingham and Donald O. Clifton. It’s a pretty well-known book that has undergone several editions over the years, but the core of it remains the same. In my estimation, their assessment system is heads-and-shoulders above most “personality test” or skills survey systems. I could go on a whole other rant about the dubious nature of most of these systems and their outlandish proclamations of pin-point accuracy and seer-like insight into the human condition, but I’ll save that for another time.

After: “Now, Discover your Strengths” by Marcus Buckingham and Donald O. Clifton

You sense the famine in the empty veins of leaves. Bone-birds summon you from frozen wires. Your restless need for banquets may not be logical, but you understand the hollow tuck in their frail and downy wings. You carry smoke and bells with grace. When faced with complex factors, you draw down mica and paint spirals on all locked gates in sight. Your friends call you ghost orchid, amethyst, cleric of water wheels and bright fat plums. Some are puzzled by your sprawl of bread and lilacs, but still consume your bounty. It’s your nature to know the genus of every hunger, to shimmer in the distance without effort. For you starvation is abstract. If necessary, you will grind the hulls yourself.

Patron saint of planetariums, you negotiate the chatter of the cosmos with gentle instinct, you watch over those who watch the night from telescopes and bonfires, and send their wild prayers to Nut. To you it’s nothing, this holding of a billion silver murmurs, this rapt interpretation of the furies of the sky. You’re counted on for your precision in the loom of star ancestors. Each stitch forms a story that is granted and re-told. Some would say you speak too quickly but you know full well the urgency. You cannot stop speaking prophecy, for the stars have charmed your tongue. You are bridge and lullaby, and we will free-fall in your sound.

And not just cooling shades of sooth-song, but the white-blue sear of rage, warning blue, what comes to us in spits and sparks, danger of first illumination, wild ignition of touch and blissful transfer. Light to use your earthen body as its holy host. Blue of over-worn, blue of standing on the shore in late December twilight, blue of eggs and Sunday sweaters, blue of lone boys and low note afternoons in the only open bar, blue of going home, blue of intimate winters, blue of the enlightened heron who keeps exquisite equilibrium with cobalt sky and pond.

Posted by Kristen McHenry at 10:48 AM