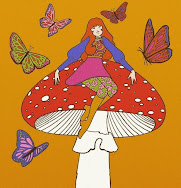 I was listening to Joe Rogan’s interview with Gilbert Gottfried recently, who is a comedian I’ve always appreciated for his guileless authenticity. Among other things, he was discussing the theme song to “All In The Family”, which led me down a wildly nostalgic YouTube rabbit hole of 70’s sitcom theme songs. I was born in the very late 60’s, so I was quite young when a lot of those sitcoms were aired, but I remember them all keenly. Apparently I watched a ton of TV from the ages of 1-10. In addition to All in the Family, I remember The Jefferson’s, MASH, Taxi, Laverne and Shirley, Sanford and Son (a personal favorite of mine to this day), Happy Days, Welcome Back Kotter, Barney Miller and Three’s Company, a load of vulgar garbage which my pre-adolescent self found relentlessly hilarious at the time. This weekend I dialed up every single one of those theme songs and listened to them with utter delight (with the exception of Taxi, whose theme is so keenly mournful it made me want to throw myself off a bridge even when I was nine.) Interestingly, although I’ve never been a big fan of jazz, I found that I liked the bluesy-jazzy theme songs the best. Barney Miller and Sanford and Son stood out as my favorites, but there is nothing more delightful in American pop culture history than watching the inimitable Caroll O’Connor and Jean Stapleton together at their piano singing “Those Were the Days.” Runner-up for me is the joyful, optimistic ditty, “Movin’ On Up.” Who can forget those iconic lyrics:

Fish don't fry in the kitchen;
Beans don't burn on the grill.
Took a whole lotta tryin'
Just to get up that hill.
Now we're up in the big leagues
Gettin' our turn at bat.
As long as we live, it's you and me baby
There ain't nothin wrong with that.

Over the last few days, I have been unwittingly pelted with poetry. I received two books of poems from an old friend of mine in Ireland, and I also revived my temporarily-slumped role reading submissions for the upcoming Fall issue of the travel-themed literary magazine I volunteer for. I had almost forty submissions to catch up on, so it was a marathon few days of being inundated with poems. I was ignoring poetry in my deep preoccupation with untenable work stress and other issues, and it flew into my world like that scene in Harry Potter where thousands of letters pour into his house notifying him that he is accepted into Hogwart’s. Poetry is not just inviting itself into my life, it's full-on invading, which is a very good thing indeed.

I was looking at photos on my phone the other day and I came across one that I had totally forgotten about since I got back from Ocean Shores: 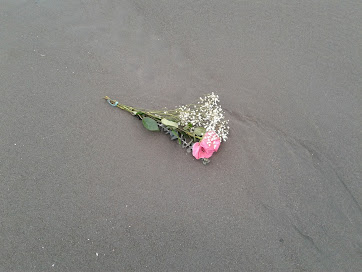 This single rose was all by itself on the sand, with no clues or context as to its origins. There was no evidence of a wedding, a party, or other formal celebration, so the mystery of this rose is rich with many potential stories. My favorite one so far that I’ve made up in my head is that someone presented it as an apology, and the recipient threw it on the ground and ran away sobbing, never to forgive the transgression. Or perhaps it was carelessly dropped in a drunken dance of two lovers on the beach in front of a bonfire at dusk. Or perhaps it was a cherished romantic gift stealthily stolen off of a beach towel by an exuberant dog and unceremoniously dropped in the sand when he grew bored of it. No matter its tale, it’s a thing of singular beauty in the gray stretch of sand and a small, arty book will be forthcoming from me about it once I can get my head together and give a new project attention.

Posted by Kristen McHenry at 11:46 AM

Love the rose on the beach imagery.