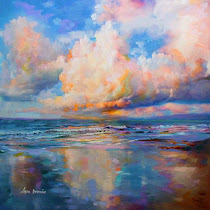 Apologies to those who were waiting with baited breath for my post last week—our home internet went down for four days straight (oh the humanity) and even the intrepid computer genius Mr. Typist couldn’t fix it. It turned out to be an issue on the provider end of things, and all seems to be fixed up now finally, after they came out for a home visit and sorted it out. I have to admit I did enjoy the reprieve from reading internet news and social media nonsense, and as such getting caught up on my many unfinished tablet books.

The entire first part of this year has been one calamity after another for me both work-wise and medically, and I find myself exhausted, burnt out and in desperate need of some time away. As Mr. Typist recently pointed out, I’m “not good” at taking vacation, but I pretty much have to now. I’m fried and worn out and completely frazzled, and that’s not a good look for someone in my role, which requires a level of peppiness and up-beated-ness that I no longer possess. When the Big Change happened at work and my already-heavy workload tripled overnight, I didn’t think a vacation was ever going to be a possibility again, which was mentally crushing, but I didn’t have time to think about it too much in the moment. But now I’ve decided, damn the consequences, I need to get out of here for a while. Maybe they’ll fire me while I’m gone, but I don’t even care anymore. I really miss the ocean and I want a long stay at the seaside. Which I am going to put time and effort into planning today. As soon as I am done with this post. Or maybe even before.

On the fitness end of things, now that I am slowly getting over my horrid allergic reaction to what I strongly suspect now was the sulfa-based antibiotic (it turns out sulfa allergies run in my family), I’m making progress at the gym again, and I’m very excited about inching ever-closer to my goal of getting a pull-up. I admit I was little wary about my new trainer at first: She’s young, naturally athletic, optimistic and cheery—all of the things that I am the opposite of—and I was a little worried that we wouldn’t mesh well. But she’s turned out to be really good for me, and she’s gotten me closer to a pull-up than any of my other trainers have, mostly by having me do “reverse pull-ups.” This is where you grab a pull-up bar, jump up so that you are holding yourself above the bar, then slowly lower yourself down for as long a period of time as you can. When I first did this trick, I was so sore I could barely move for days afterwards. But I carried on with it as soon as I physically could, and now my hold times are getting longer and longer with each try, and I finally see the possibility of a real pull-up in front of me. This makes me wildly happy, because to me, getting to a pull-up is proof-positive of strength. I’ve been at this weight-lifting thing for a while now and I am far stronger than I ever imagined I could be, but being able to lift my own body weight is the gold standard in my mind. My lats are constantly sore under my arms, but I don’t care. I want that pull-up. And once I get it, I’m moving straight to dead-lifting competitions. (A lady can dream.)

During all of my medical and work angst, I’ve been trying out what I call “puttering games” to distract myself and try to stay calm. These are games with low stakes and no battles, where you basically just wander around cleaning, decorating, or casual-farming and such. I came across an absurd game called “Power-Wash Simulator” in which you literally do nothing but power-wash extremely dirty environments. It was a mental health boon for me. Among other things, I power-washed an entire skate park, a playground, a fire station, a woodsy cabin, a haunted house, and numerous filthy vehicles, all the time reveling in the purity and cleanliness I was bringing to bear on these pixelated objects and by proxy, my life. I loved every minute of it and found it extremely soothing. But alas, t’was only an unfinished demo, and the full version of the game has yet to be released, so I ran out of things to power-wash. I then picked up another absurd putter-er called “Gas Station Simulator” in which you re-vamp a broken-down gas station in the middle of the Arizona desert. This one I am finding more alarming and far less relaxing. A “kindly” relative who purported to be my uncle and lent me money has turned out to be shady loan-shark and is demanding immediate repayment of his loan, and there is no number of gas or liquor sales in the immediate future that are going to allow me to pay it back any time soon. So I may end up dead in a ditch. I really wish Power-Wash Simulator would get it’s act together and release the full game. I need to clean something soon, and it’s not going to be my apartment.

I cannot for the life of me find the video I was going to post for this week/last week (internet fame is a fleeting thing, it appears), so here is a kind of disgusting but also hilarious video all about the adorable and terrifying world of piglets. I want a pet pig now!


Posted by Kristen McHenry at 9:41 AM

I owned a pic once. His name was Fred. And he ate anything you gave it and loved the rain and mud!

When I was a lad, which is a very long time ago, I used to muck out pig pens. You'd shovel them out, put down fresh sawdust, and then let the pigs back in: the piglets would stick their noses down in the sawdust and motor around looking for good stuff (fresh sawdust! There's got to be something good to eat in here!) They were the cutest things in God's creation, going round and round in spirals,snuffling and snorting.

They're also the smelliest creatures there are. My (future) wife used to make me sit in the back of the pickup when she came to pick me up after work.