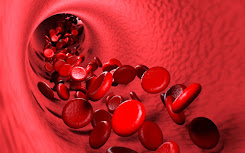 Hey, folks. First off, a disclaimer: I’m too tired to proof read properly so please forgive any glaring errors in this week’s post. I am sitting here exhausted and in a place of mental unreality reflecting on the medical calamity that befell me this week. Oh, my friends, the infected cut was just the beginning. The infected cut was nothing in comparison to what followed. I shall explain: Every time I go to the doctor, which is a rare occurrence, they ask me if I have allergies to any medications, and my answer is always “no.” I don’t take any medications and when I do, it’s always a temporary, short term situation. So I don’t have a lot of experience with medications and as such, I don’t have a track record of reacting to them. The Emergency Room doc prescribed me two different, very strong antibiotics to be taken multiple times a day. I took them loyally as prescribed, and as the week wore on, I started to feel worse and worse. I chalked it up to the normal effects of being on antibiotics, but I was a little concerned. I felt increasingly listless and fatigued and irritable, and my face looked pale and pinched. Then one day I woke up with an angry red rash all over my neck. Again, I chalked it up to the side affects of the meds and carried on. As the day continued, however, the rash rapidly spread to my stomach, my thighs, my arms and my back-- angry, splotchy, red-and-white welts all over my body. It looked like an advanced case of measles. I stared in horror in the mirror as the spots formed in real time all over my skin and started to burn. My thighs and stomach swelled up with edema and started to form purple bruises under the skin.

I stopped taking the meds and called the nurse hot line while at the same time frantically trying to reach my primary care doc’s office. The hot line nurse and the nurse at my doc’s office had conflicting advice, so neither was very helpful. At Mr. Typist’s behest, I started slamming glass after glass of water to try to flush out the medication, but trying to outrun it was impossible. I hit rock bottom at about 10:00 p.m. that night, sobbing and (no perv please) stripping off every item of clothing I had on and gasping that I was “on fire.” Sleep was impossible. I kept contorting myself like Linda Blair in the Exorcist to try to find a comfortable position to sleep in with every inch of my body covered in irritated hives. I tired to take a cool colloidal oatmeal bath and my skin was so hot that it instantly warmed the bath water. Anti-itch lotion helped a little, but my skin was so broken out that it didn’t have much effect. It carried on like this for almost two full days, until a rapid, almost miraculous remission occurred and the spots all but vanished overnight and the edema disappeared. Thank effing God. I have never had a reaction to anything like that in my life and it was truly terrifying. I was afraid every minute that I was going to go into anaphylactic shock and worried that I would be permanently disfigured.

Today, I find myself extremely fatigued and famished, but another gruesome side affect of the medication is that it messed up my digestion very badly, necessitating several humiliating trips to the drugstore by both myself and Mr. Typist to buy counter-active products to fix that, and now I don’t want to eat anything for fear of a repeat of that situation. I’m miserable, folks. Miserable. I just want to feel strong and energetic again. I want to go to the gym and feel normal and peppy like I usually do. As it stands now, I just want to crawl under a dark rock and sleep.

At the behest of my doctor, I am supposed to go to an allergist to get tested and figure out which one of the meds I had an allergic reaction to. Mr. Typist has been after me for years to get allergy testing, so he is now vindicated. I’ll set that appointment up this week. In the meantime, I remain annoyed at the medical establishment. It’s not their fault, but I blame them anyway. I blame them for overdoing it with the antibiotics and I blame them for telling me to take medications to counteract the negative effects of other medications in endless feedback loop that would inevitably lead to me being on sixteen different pills if I didn’t put a stop to it, and I blame them for having totally conflicting opinions and advice on what was happening and what I was supposed to do. I’m a medical minimalist and I always prefer to start with the least invasive, most “natural” treatment possible. I should have just downed some garlic tablets and let nature take it’s course. I instinctively knew those antibiotics were being extremely hard on my system, but once you start taking them, you’re not supposed to stop taking them. Grr. All of this due to a tiny cut on my hand. I suppose I’m lucky to live in this day and time, instead of say, Victorian England, where I just would have flat out died from this.

Thank you for allowing me to therapeutically vent about my medical trauma. I’m going back to bed. Here’s a fun video all about sea slugs.

Posted by Kristen McHenry at 1:29 PM