In Defense of Hufflepuff, Buck-Naked Lady, The Joy of Seeing Faces 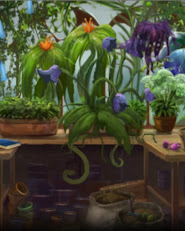 I returned to simultaneously mindlessly playing Minecraft and watching Youtube videos as a stress-relief measure this weekend and as such, I came across a video of a famous/notorious Canadian comedienne interviewing a famous/notorious Canadian psychologist and public intellectual. I was delighted to hear her ask him that iconic question, “Which Hogwart’s house would you be sorted into?”, which made me re-consider that question for myself. I was always a big fan of Ravenclaw, but I know full well I would never get sorted into that house. I think I would be Hufflepuff, which for some reason seems to be the least desirable of all of the houses. I’ve always thought Hufflepuff was under-appreciated. The Hufflepuff folks are admittedly a little goofy, but they are earthy and fun and loyal, and they love and protect the natural world around Hogwart’s. Hufflepuff isn’t the most glamorous of houses, but their people are kind, they have an affinity for animals and plants, and they are just solid folks. There’s nothing inferior about Hufflepuff, but since they aren’t competitive and they don’t toot their own horns, they tend to get overlooked. FYI, the famous Canadian psychologist/public intellectual thinks he would get sorted into Slytherin and has a particular affinity for Snape, which I also appreciate.

Walking home the other day, I noticed a cop car pulled up in front of a coffee shop on the main drag of my neighborhood. When I rubbernecked to see what was going on, I was a bit shocked to see a 100% buck-naked lady standing out in front of the entrance in full view of God and everyone. I would have expected this from an elderly person with dementia, but this was a young, attractive woman who appeared completely normal in every other way. She was perfectly calm and reposeful, not all at combative, just...naked. At one point she settled into one the chairs in the outdoor seating section, drew her knees up, and just sat there. It was quite strange. The cop on site was in observation mode, being very hands-off and obviously trying to shield her body as much as possible. I hope the naked lady is okay and that she got connected with some good mental health resources and that no one took pictures of her and posted them on the internet (I was watching the other pedestrians closely to make sure they didn’t have their phones out). The whole thing made me wonder about my own capacity to crack to the point that one day I just decide take all my clothes off in public and stand around nonchalantly. Somehow I don’t think this will ever happen. I am innately as modest as a nun and have a horror of being seen in anything less than full-length pants and skirts, so hopefully, even if I do have a complete mental breakdown one day, it won’t involve me stripping in public.

Mr. Typist and I took a long walk yesterday in celebration of the outdoor mask mandate being lifted, and I was surprised at how joyous it made me to see people’s faces again. It was a sunny, almost-warm day, there were a lot of people out, and practically no one had a mask on. Every time we passed people without masks, I was filled with a little zing of happiness at being able to see their full faces. I don’t know any of these people; they are just strangers out in public, but somehow seeing their whole faces brought me a sense of jubilance. This brings up all kinds of questions about what sort of long-term psychological affects that masking has had on us, and how it has affected our sense of our own humanity, and what it means from a biological and evolutionary standpoint to be visually cut off from the view of our fellow human’s faces for prolonged periods of time. All questions that I am sure will be pondered and expounded on for years to come by those far more intelligent than I.

Enjoy this nostalgic sorting-hat clip from the first movie. I really should go back and watch all of those films again. My brain needs every break it can get these days.

Most enjoyable post, Kristen. And I discover that you're a Harry Potter fan. Me too, though it's still a growing process. That video scene wasn't one I've seen before!