Literary Re-launch, Where I am From, Childhood Anthem 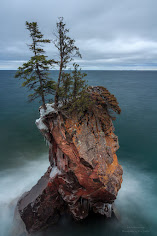 I was excited to hear from my cousin Carolyn in Prague this week about the re-launch of her esteemed poetry magazine, “Literary Bohemian.” I read submissions for Lit Bo for many years and I found great joy in it, so I’m pleased as all heck to announce I will soon be back on the masthead for the new incarnation. When she invited me to be involved again, she asked me to send her an updated bio and a photo of “where I am from.” This simple request sent me into a familiar identity crisis, as questions of this nature always do. When I was a massage therapist, often clients would ask me where I was from as a way of making friendly conversation, and the question always flummoxed me. I’m not really “from” anywhere. I have little sense of home and where I am from is not clear-cut. The place that I was born in was a place that I was whisked away from shortly after birth and that I have no connection to whatsoever. I grew up in a military family and we moved multiple times during my childhood (although not nearly as often as many military families.) When I think about my home, I think first and foremost about Alaska and Upper Michigan. I think about the cold, the remote, an environment of harshness and severity, places that did not envelop humans in a warm and loving embrace. Places that taught you to survive them. Places that mandated toughness and grit.

When I was looking for a photo of my “from”, I had a memory of standing on the shores of Lake Superior when I was around twelve or so, during a wild storm. The lake was whipped into a roaring, boiling froth and the wind was savage. The sky was almost black and the cold was ferocious. In that moment I was imbued with the deep and primal understanding that this collection of raging entities didn’t care one whit about whether or not I existed, and that feeling has informed my being ever since. I believe it’s what has enabled me to survive through everything that was to come, and what will enable to me to survive into the future. All I wanted to do when I was a teen was move away from these cold, feral, isolated places and live in a city, but now I wonder if dwelling in cities is bad for a person’s soul. There is too much noise and too much disconnection, too much protection and too much ease. We begin to feel important and entitled to be alive. We forget how little nature actually cares about our existence.

There is a genre of poem that I hadn’t heard about until fairly recently, in which you write about where you are from. I’ve read some of them, but thinking about writing my own makes me sad because I have no definitive answer. That is the core of the poem for me and the correct course is to explore the ambiguity instead of trying to avoid it, but I can’t help but long for an answer with clear boundaries, a Place with A Name that can be known and quantified. Right now, it’s just a collection of inhospitable vagaries, with cold being its most defining quality. Nonetheless, I will delve in and see where this takes me.

Posted by Kristen McHenry at 11:13 AM

You are from the place of Cosmic Muse where people like Sara Teasdale and Laurence Hope hang out and enjoy reading you! :--)