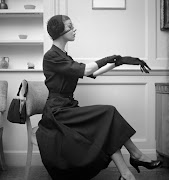 It’s been savagely cold and windy in Seattle of late, and as such I don’t want to leave the house. It’s bloody cold out there. Not crisp October cold, but knife’s-edge, depth-of-winter cold, the kind of cold that I recall from my childhood in Alaska and Upper Michigan. This somehow nudged my long-dormant crafting instincts, and this weekend for the first time in ages, I dug out my yarn and monk cloth and started a new project. It’s just a simple piece, a wall-hanging of a bluebird, but I lost myself in it for hours yesterday and it was quite meditative. I didn’t listen to any podcasts or watch TV or have music on in the background. I just punch-needled in silence. Uncharacteristically, I didn’t feel the need for any distractions or for my ear-holes to be filled with chatter or stimulus. It’s been a long time since I’ve been content with silence. And I was amazed at how much I was able to get done on it in just one afternoon. Here’s what I have so far: 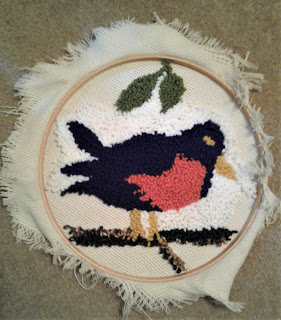 I’ve considered breaking up the blocky blue and orange a little bit, but I think I actually like it that way. I like the stylistic look of it. I might add some more leaves in. Or I might not. I’m madly spontaneous that way.

I’m madly spontaneous because due to a little Facebook experiment, I have been officially deemed right-brain dominant, no shocker to anyone who knows me. I know left-brain people probably get cranky about us right-brainers and think we are getting away with something, but being right-brained is not an easy way to live. Things are a little chaotic in there, and it’s very hard to explain our decision-making process because it’s not linear, it’s instinctive. Mr. Typist recently asked me how I decide where to place volunteers in my hospital. When I told him that it was mostly “alchemy” he looked stunned. I don’t know how to explain it other than that. Many, many things go into it, but it ends in a flash of intuition. A lot of stuff swirls around in a big mix of color and energy and usually lands on the right assignment decision. I don’t have a logical algorithm and probably couldn’t function properly if I had to use one. Health care is mostly full of left-brainers and I find myself doing a lot of covering my tracks. I’m always manufacturing logical reasoning for how and why I do things, because I feel that it’s expected of me, and because it makes them feel better if they think I am basing decisions on reason. Little do they know. That having been said, over the last few years I have been trying hard to integrate logic where I can, or at least think about it theoretically. I’m trying to be a little more balanced.

Speaking of work, recently a co-worker of mine mentioned that as a young girl, she attended Charm School at Fredrick and Nielsen's. I was amazed by both the relatively recent existence of Charm School, and the fact that a department store hosted one. She said that it taught her manners, among other things. Just as I firmly believe that we need to re-emphasize the importance of good posture, I also firmly believe that we need to bring back Charm Schools. Manners matter, but more than that, social graces and niceties and politeness and knowing how to do things properly is a discipline that we could all benefit from. I would totally sign up for Charm School if they had them any more. Maybe I’ll open my own: Ms. Typist’s School of Charm and Alchemy.

Along those lines, here is a very silly and fun song about charm. (Static video so it’s just for the ears.)

Posted by Kristen McHenry at 11:36 AM