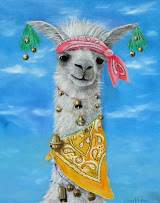 I had a moment of cautious optimism this week when I noticed that they removed the aisle arrow signs at my grocery store. I also felt vindicated, because I always thought that the arrows amounted to nothing but illogical COVID theater. When they first appeared in...whatever month it was, I can’t remember now because I am in a permanent memory-haze, I was verbally berated by some idiot because I dared defy the arrow rule when I went the “wrong way” to get something that was at the very beginning of the aisle. If I had followed the arrow rules, I would have had to pass four other people in the adjacent aisle, plus two people who were mid-aisle in the aisle my item was in. Following the rules would have exposed six people to my potential germs and vice-versa. I didn’t want to get into with him, so didn’t point out to this jerk that he was wearing a poorly-tied bandanna that was doing nothing to protect him or others, and he was accompanied by a lady-friend who appeared to have no practical reason for being there. They had one hand-held basket between them, it’s not like they were hauling a full cart for a family of twelve. Couples who shop together annoy me as it is with their irritating coziness and “cute” prevaricating over produce, and especially now when you shouldn’t be bringing extraneous people with you to the grocery store. To be fair, this happened during a time when there was a huge amount of fear and uncertainty, and maybe the bandanna idiot needed his lady-friend for emotional support. I don’t know his life. I just know I was glad to see the pesky arrows gone, although I did suffer from a bit of disorientation brought on by total aisle freedom.

Last week I made the grave error of mildly suggesting that perhaps we shouldn’t be rooting for the death of our nation’s leader, and everyone went insane on Facebook (okay, to be fair, not everyone, and not even most) and I had to delete some posts to protect the mental health of certain people who were apoplectic with hate and in danger of damaging themselves psychologically. I have had a number of managers over the years at my current place of employment (stay with me, it’s relevant), all who have had varying levels of fascination with “personality profiles.” I’ve probably taken five total over the last nine years, and I’m not talking about short, fun internet quizzes. I’m talking about detailed, elaborate, expensive, hours-long tests that involve therapeutic follow-up, group discussions, desk placards with wavy color charts, and more than one fancy spiral-bound book promising to contain the final word on the Real Me. I have found every single one to be disappointing and in direct contradiction to each other despite purporting to be “scientific.” But there does seem to be one common thread of thread of consistency through all of them, and that is that I am a born peacemaker. A “mediator.” A “bringer-together-er.” Or, in less flattering terms as one co-worker once put it, a “let’s all hold hands and sing Kumbaya-er.” And in every single one, I am the least-understood type of all of their types. That’s always the kicker in every one of these from the Enneagram to the Myers-Briggs: “You are not well-understood among other types.” Tell me about it. I have lived my entire life being not-well-understood by other types, especially the “stronger” types who mistake me as weak or indecisive because I’m more invested in hearing all viewpoints than I am in taking a hard stance.

I know people hate getter-alongers, but that’s a very shallow read on what I’m about. And now I’m in this weird entanglement where I got in over my head with teaching self-defense classes because all I wanted to do was keep my fellow employees from getting into fights with each other. So with all of this, I was feeling miffed and misunderstood last week, and then I came across a video of a guy speaking on the same subject as I had. I immediately recognized him as my personality soulmate. I understood what he longed for, because we longed for the same things. I could feel it. I knew instantly and intuitively that he was a “me” and that he too, has gone through his life feeling misconstrued and misunderstood (although he wasn’t whining about it like I am.) And I instantly felt better, because I had made a sort of psychic contact with another me. I felt so much more at peace after watching that video.

In the aforementioned desk-placard test, my wavy color chart came out predominantly yellow. The video below shows “Yellow Yates,” who I supposedly embody. Frankly, I find this Yates person to be very eye-rolly, but I do admire his unfailing optimism. Together Everyone Achieves More!

Posted by Kristen McHenry at 11:54 AM

An insightful and stimulating read, Kristen! :--)