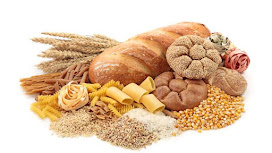 I made my energy bars this week! It was a bit of an odd experience. I never bake—I’m not a fan of sweets or cookies—so I had to re-learn how to use the food processor (which I kept calling a “word processor” in a strange subconscious glitch), and I had to dig a mixing bowl and rarely-used measuring cups out from obscure corners of the kitchen. And I realized at the 11th hour that we didn’t have any Crisco in the house, so I ended up having to coat the pan in bacon grease. I was worried this whole adventure would quickly become a fiasco, but it went surprisingly well considering that it’s first time I’ve baked anything from a recipe in more years than I can remember. It was a lot of chopping and mixing and I had to cook quinoa, which I also hadn’t made in years, so all in all, it went pretty smoothly considering. The only problem was the salt. Being an inexperience baker, it didn’t occur to me to think about the fact that both the sunflower seeds and cashews were already salted, and I added way too much salt. I thought I could deal with it just for this one batch, but now that they have had time to coalesce in the fridge, the salt seems to have expanded or something (I don’t know what salt does) and they are now intolerably, inedibly salty. I’m going to have to throw this batch out and start anew. On this second round, I plan to add a little honey to mitigate the grittiness and hopefully come out with a smoother texture. Maybe I’ll go crazy and add a touch of vanilla, too.

I was tearing my hair out last week trying to get my blog post up because Blogger changed everything and took Legacy Blogger away and now it’s all a huge mess. As I was having a meltdown, Mr. Typist efficiently went on to the interwebs and opened 30,000 tabs about the new Blogger and calmly tried to explain to me that Blogger has been warning users for months that this was going to happen and that it’s being done so that “posts look the same across different devices” and if I just spent a few minutes “reading up” on the changes I would be enlightened as to their benefits, and blah blah blah. I don’t want to “read up.” I don’t get paid for this. Between having to make a whole new batch of energy bars and find a drill arm extension for my Prawn Suit in Subnautica, I’m busy. I don’t want to learn new things. I want the old Blogger back so I can just spew my ridiculous petty thoughts with abandon and not have to think about HTML. Why, Blogger? Why? The bottom line is that things are going to look jenky here for a while until I stop being stubborn, so thank you for your patience.

On top of all this, I’m supposed figure out how to eat more carbs. I started seeing a nutritionist for help understanding how to eat in support of all of the renewed activity at the gym and the new trainer ramping everything up to ten. Apparently, it’s carbs. When she told me I needed to eat more carbs and add in snacks, I felt like I entered an alternate reality. According the internet, carbs are basically the nuclear option, to be consumed only in the case of extreme activity, and even then, in tiny quantities and only certain kinds. She poo-pooed (nicely) the idea that carbs are the devil and said that it’s just another nutrition trend that is going to go the way of the low-fat trend of the nineties, only to be replaced with something equally ridiculous. It took a good part of the hour and a hand-drawn graph to convince me that carbs are okay, and I’m still not there completely there yet, although I’ve started adding potatoes to my traditional breakfast-egg-and tuna-packet combo. We’ll see how it goes.

In honor of potatoes and poetry, here’s a cute poem performed by Michael Rosen:

Posted by Kristen McHenry at 10:12 AM

Hurray for your nutritionist!