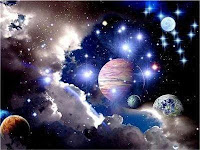 After having gone to my dentist for the first time in four years, I thought that would be the end of it for a while. I dutifully and grown-uply made an appointment for six months out before I left the office and naively thought that would be the last I would hear from them for a while, but no. The very next day, I got an e-mail stating that they needed to see me in four months, not six. I was shocked. When I e-mailed back arguing about insurance coverage and my dubiousness regarding the actual medical necessity of the four-month time frame, they were undeterred. I received a long, pedantic e-mail in return, with an exhaustive breakdown of my insurance coverage and a detailed narrative rendering of my dental diagnosis (which I do not scientifically agree with), along with a stern admonition that the four-month visit is essential to my dental health. Now that they got me back, they are not going to let me go come Hell or high water. I would not be surprised if they showed up to my house and physically dragged me out of bed (because that’s where I’d be, bed) and into the dental chair. In my defense, as I was pouring out my dental woes to my trainer, because sometimes the temptation to treat him as a defacto therapist is too much, he went on his own little dental rant, huffing that he hates the dentist because they always charge too much, it hurts like hell, and they never actually address the issue that he comes in with. He’s a tough, feisty Luchadore who doesn’t seem scared of anything, so the fact that he hates the dentist too makes me feel not quite so bad about my own dental phobia.


I was half-heartedly cleaning out the hall closet the other day in an ongoing bid to find my long-lost Fitbit, and I realized that I have done nothing crafting-wise in many, many months. I have had no desire to sew, to make rugs, to finish my many unfinished projects, or to paint or draw. I firmly believe this is directly related to COVID-19 and the subsequent stress it’s caused me. I feel like I am instinctively reserving my energy right now. I have had to go into work every single damn day of this pandemic and cope with the massive stress that is involved in working in a hospital during a global outbreak, and I don’t have the luxury of any leftover energy to generate the creative impulses necessary to crafting. It makes me sad. I feel deadened in that way, and I don’t think that it’s good for me. And it seems weirdly tied in with my unwillingness to make a hair appointment, although I don’t know why the two would be related. Perhaps it has something to do with a sense of luxuriousness. Part of why I enjoy getting my hair cut is that for one entire hour, I get to feel special and taken care of and a little bit fussed over. It’s worth paying a little extra money to go to a place where it smells nice and looks pretty and there’s some ceremony involved in making me look slightly better. I don’t want to get my hair cut when it is going to be stressful and fraught with rules and distancing and glass partitions and fear and an “in and out as quickly as possible” mentality. That same sense of expansive luxuriousness is tied into the time and energy required to think through a creative project and execute on it. Generating the energy it requires to consider color, form and design at this time just seems impossible. I don’t like this. As an artistic person, the grayness and lack of vibrancy in the world right now is very disheartening. Maybe the best way to fight against it is to rebel; to somehow find the energy within to create something of beauty, no matter how small.

Mr. Typist has been urging me for some time to try this space-opera-y new game he likes called Empyrion, and I finally gave in. It was hard for me to pull away from the small, comforting confines of Stardew Valley, where everything is very predictable and rote, to the massive expanse of outer space and learning new monsters and a complicated crafting system. It feels like work. I am grinding my way through the extremely long and involved tutorial, and I have discovered that I do not like outer space. Human beings are not meant to live there, and the adaptations it takes to maintain life are too daunting. I’m probably going to give this one up fairly quickly. Again, with the energy expenditures—I see no reason to spend the little brain power I have left over learning something that I do not derive enjoyment or much-needed relaxation from. But don’t tell him. It makes him happy that I am playing it and learning how to kill new monsters. There are many new monsters in the world, and one needs to be prepared.

On that rather grim note, enjoy this fun, cheesy, oddly inspiring game trailer for “Empyrion.”

Everyone should read this!