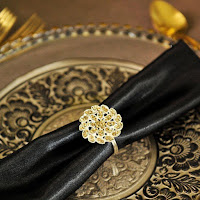 The other day, Mr. Typist and I received a passive-aggressive notice in the mail from the electric company. Apparently we are using waaaay more electricity than our neighbors. Way more. 80%, to be exact. It had a colorful graph, along with helpful hints on how to keep our bill down and stop being such hell on the environment with our out-of-control resource usage. After I got over my initial umbrage at being electricity-shamed, I remembered that our last few power bills were higher than normal, for no reason that I could discern. Our “lifestyle” such as it is hasn’t changed any, we haven’t bought any new appliances, and we’ve carried on as normal as far as we both know. So now we are on the hunt to figure out what the heck is hoovering up so much power. Mr. Typist suspects it’s dust on the refrigerator coils, but I would prefer a more exciting explanation, like a family of elves hiding behind a false wall in our closet, or aliens.

I’ve mentioned before that shooting is becoming something of a meditation for me. It’s been a struggle, but no matter how frustrated I get, I feel drawn to keep going back to the range. It pulls at me, despite the difficulties I’ve had, or perhaps because of them. The challenge keeps me focused, and I enjoy the feeling of gaining mastery over a powerful tool that I used to be afraid of. Today, I was struggling mightily, getting all of my shots in low, and allowing my frustration to highjack my mind. I wanted to impose my will on the pistol, and the more I tried to gain control, the worse things got. Mr. Typist kept saying “Don’t worry about the shot, just focus on the front sight.” Finally, after my 100th round, I stopped overthinking every single thing and just let the instruction in. Even though bullets and brass were flying all around me, everything went silent and still. My mind let go, and all that existed in the universe was that front sight on my target. My shots hit the bullseye in quick succession, and I was flooded with pure joy at the elegance of it all. Finding that moment of perfect attention and focus felt like magic. Everything vanished except the exact moment I was in and the task that was before me. It’s a feeling I have had sometimes while doing things that require total focus, like stage acting, but I’ve also had it when simply walking along a lake or standing in line at Burger King. I know better than to chase after it, but I sure would like more of it in my life.

The BSE (big, stressy event) is this week, but I am ready for it, fancy napkin rings and all. The event is a prime motivator for me to do things like get my shaggy hair snipped, get my brows waxed and have my nails done (nails are a once-a-year affair for me.) So I’m getting all cleaned up (thank you to everyone who said nice things on Facebook about my new ‘do!), and I should soon be presentable enough to stand in front of a bunch of people and yap for a few hours. I’ll report in next week about all the BSE goings-on, and how good those napkins rings looked.

Posted by Kristen McHenry at 6:26 PM

Ha! "standing in line at Burger King" is funny!